I listen to the louder and faster musical varieties, such as punk (not that poppy modern dipshit stuff, though), thrash & NWOBH metal, uptempo folk metal or psychobilly. But I do put some variety in my diet by listening to a lot of folk, ska, country and rockabilly and occasionally even to slow music. I don’t like music that’s trying to be too complicated or progressive just for the sake of it and I love it when really simple music manages to get straight to the heart.
I don’t really have favourite musicians or bands, but there are a number of vocalists that I like a lot: Glenn Danzig, Rob Halford, Paul Baloff, Jello Biafra, Greg Graffin, Alan Averill, Johnny Cash, Hamish Imlach. Some of them are dead.

Top 10+ Albums (in no particular order)

Misfits – Earth AD / Wolf’s Blood, Walk Among Us
Blood For Blood – White Thrash Anthems, Living in Exile
Finntroll – Nattfödd, Blodsvept
Primordial – To the Nameless Dead
Judas Priest – Defenders of the Faith
Exodus – Exhibit B: The Human Condition, Bonded by Blood
Onslaught – Sounds of Violence
Unleashed – Hammer Battalion, Where no Life dwells
The Meteors – Psychobilly, The Mutant Monkey and the Surfers from Zorch
Dropkick Murphys – The Meanest of Times

Savage Grace @ De Boerderij in Geleen when I was about 14. Somewhere in the 8th century A.D.

With a band called the Sow Bugs in somebody’s attic in Zumpelveld, without decent amplification or drums or – well, a battered old snare and a tom… First real gig was with Cradle to the Grave in Maastricht in the early 90’s.

Most interesting event on stage

Well we had some great gigs with Chain of Dogs, like the ones where we got everybody sitting down during the slow part of a song, or got women’s underwear thrown at us, or a very recent gig where I tore the innards out of my mandolin but miraculously it still worked, or the first big stage gig where our then bass player found out you won’t go far with a 6 meter cable… I also remember a Cradle to the Grave-gig where people were having sex in the audience during the show. And several shows from all my bands where people broke parts of their bodies in the pit.

I’m not sure, but I think it was Black Sabbath’s ‘Master of Reality’ (I was 12 years old and it was dirt cheap). First things that got me to listening metal and punk, when I was about 10, were a 12” of Iron Maiden’s ‘Run to the Hills’ and a 7” of The Exploited’s ‘Dogs of War’ my brother had.

R&B music; uptight musicians; people who think everything is business and money is the only goal; people who confuse rudeness with honesty; dishonesty; religious nutters; sexists and fagbashers; political extremism; animal abuse (though I don’t mind killing some of them for food J ). And football. And people who call football soccer. And BMWs.

I’m an atheist anarcho-capitalist macho-nerd metal-punk who loves folk music, collects Playmobil toys and likes to eat lots of meat from free-ranging warm-blooded animals and Haribo; whose first ever instrument was the mandolin when he was 7, who is a self-proclaimed Misfits-fan but listens to far too much music to have one favourite band; works in a technical engineering job but has actually studied languages and psychology and thinks that British English looks better in writing; who writes and reads far too much and who is probably older than you, but then, maybe not. I like tanks, but not cars. My first real band was Cradle to the Grave, a more or less old school punkband in the 90’s, then from 2000-2004 there was Four Minute Warning (still punk, but with a thrash metal guitarist.) I always said I was going to start a folk band when I got too old to play punk, so in 2005 Chain of Dogs happened. I’m a Limburger, and I do love that cheese. And Eveline. And cats. I used to have a dog too. 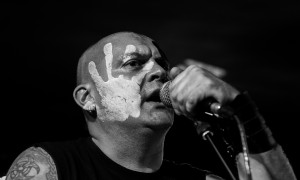 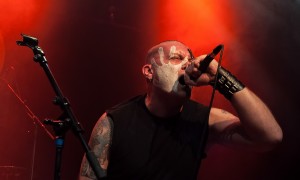 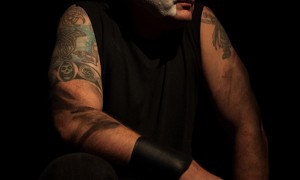 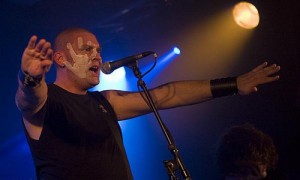 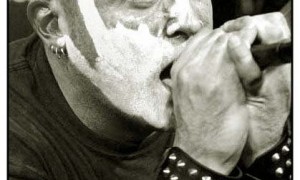